Tutorial: How to update your digital signage player firmware 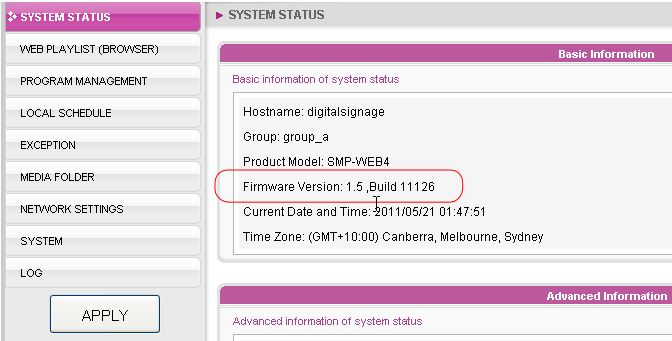 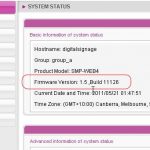 Here’s a quick tutorial on how to update the firmware on your Cayin digital signage player. It is web based so it’s pretty easy and straight forward.

In this particular example, we’re upgrading the Cayin player model WEB4 from version 1.0 to 1.5 (U11436). This new firmware version introduces several new features such as the ability to disable the annoying scroll bars for html templates, abitility to add HTML/flash regions in the skin editor templates, upgrades some of the built in software packages and also the support of 3G and GPS.

However, with any major upgrade sometimes it does introduce new problems and we’ve already experienced this. This patch has an issue with image transitions and some of the backend logic which causes the background to appear during the transitions (1-2 seconds). Cayin are currently working on a fix. But in any case this tutorial was created before we discovered the issue and it’s just meant to demonstrate how to upgrade the player and here’s the link:

We’ll provide an update when we hear from the manufacturer.

Do you really need to a reason to have digital signage?

Let's keep this simple, the only reason why you should install digital signage for your business is because everyone else...