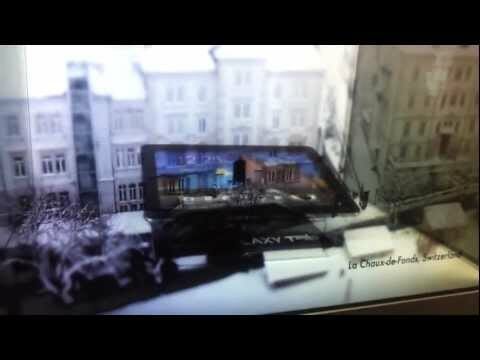 2012 is coming to an end and we’ve seen quite a number of changes in the digital signage industry. In particular we saw screen manufacturers, software suppliers and digital signage player manufacturers release new and exciting products. We’ve had companies merge whilst others disappeared. So what will we expect to see in 2013? Here’s some of my predictions:

1. Smaller and more affordable digital signage players – it appears the cheaper units come with the android OS and are remotely managed through a central system on the cloud. Although the software that comes with the Android units will be very limited, it will most likely do the job for 90% of the people who are looking to implement digital signage. My  estimated cost for the units < $100

4. Augmented reality – we’ll see more of these installations in shopping centers and events. Here’s a great example of a way to improve the shopping experiences:

Cavendish Find the Reindeer – awesome for the kids. Shoppers seek to find and adopt a baby reindeer by downloading the Cavendish app and then finding clues using floor indicators throughout the centre. Each clue offers an Augmented Reality experience by bringing elements within the game to life through an iPhone, iPad or an Android device. Once the baby reindeer is found, shoppers can then collect their adoption certificate, which will allow them to take their reindeer, as well as the AR experience, home with them.

5. SoLoMo – Social Media, Location and Mobiles will become mainstream addons for digital signage.  What is SoLoMo – read this previous post.

6. Anonymous video analytics – I think this year it may kick off. I’ve heard rumours that more startup businesses are trying to get into this space and good luck to them

We’ll those are some of my predictions for 2013 and before I end this post, I wish everyone a Happy and Prosperous New Year.